Cleaning Traditions Around the World

It’s hard to imagine that our daily, mundane cleaning techniques may have deep, centuries-old ties to tradition and culture from around the world. Methods like removing shoes before entering a home have been taught and engrained to families and communities in places like Asia, Eastern Europe or Arabic countries. In America, we crack open windows, hang damp sheets on outdoor clothing lines, and dust winter’s cobwebs at the first sign of a breezy spring morning. So, what are some other cleaning traditions from around the world and how can we implement them? 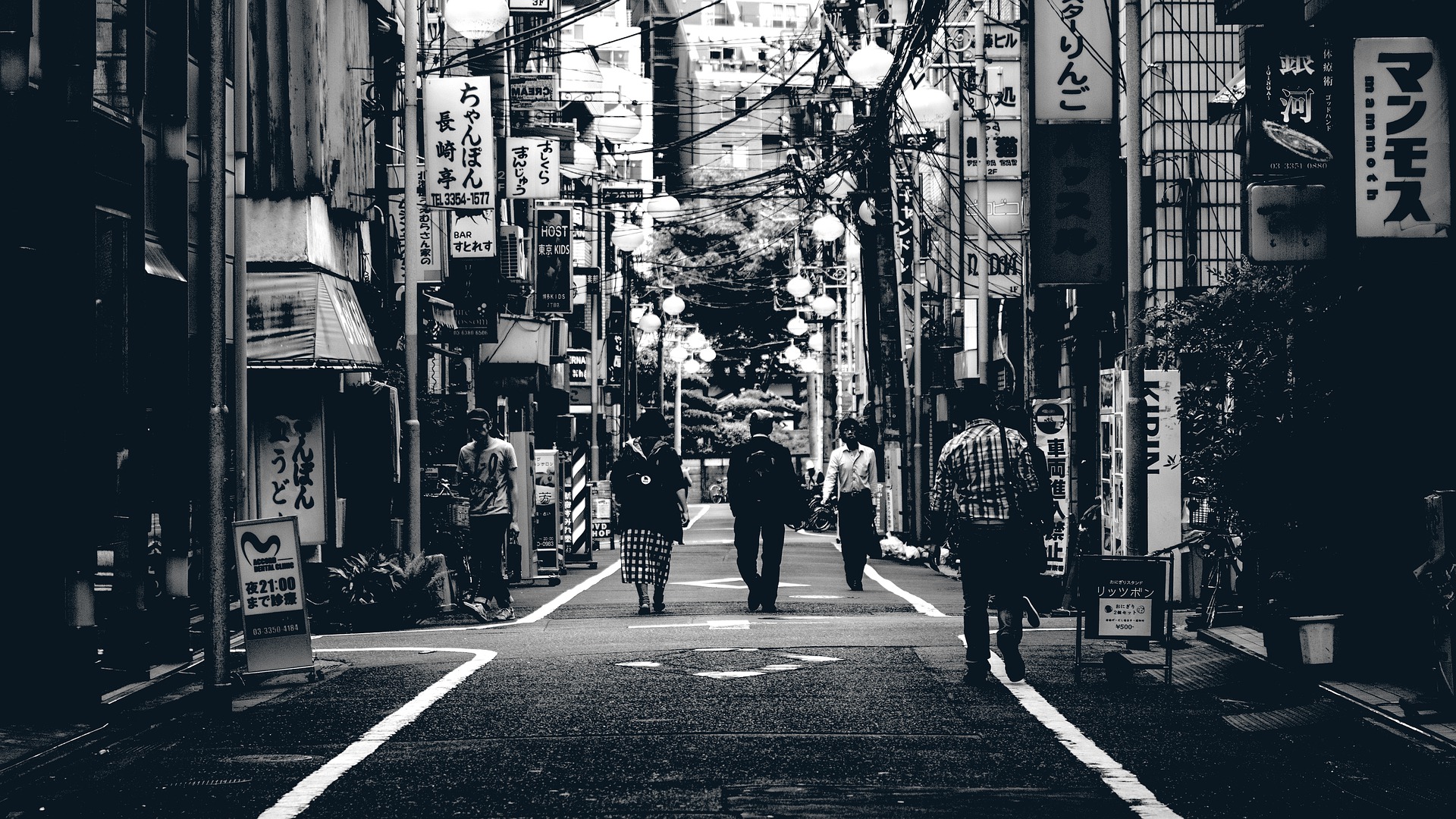 JAPAN: Japan is a notorious country for cleanliness, and rightfully so when kitchen counters are frequently used to serve raw fish. This cleaning culture came back into global awareness after Netflix’s popular show, “Tidying Up with Mari Kondo” which rapidly motivated Western audiences to seek out organizational tips to rid of clutter or items that didn’t “spark joy” in their homes. It’s a type of minimalist movement that preaches relationships are better fostered without material possessions or desires. In Japan, however, Kondo isn’t the single force behind keeping a pristine space, it’s a lifestyle thought to be the responsibility of every citizen.

From an early age, children will be assigned daily roles to clean their school in an effort to recognize a clean space is a community effort. From cleaning toilets, dusting ceiling fans, to wiping floors with cloths, not just wet mops, students learn to take pride in hygienic education. That leaves janitorial services in Japanese schools to emergency and repairs only.

Businesses in Japan will hold employees responsible for weekly sweep ups or collecting litter outside business doors. Companies like Toyota have perfected a method called “5s” which can translate to Seiri= sorting,  Seitan = organizing,  Seiso = cleaning,  Seiketsu = sanitizing, and Shitsuke = sustaining which has been integrated into common Japanese working culture. Its a tackle for Japanese business owners in America, who try to integrate these tactics to their employees whose culture says cleaning is for someone else.

Notoriously, sport fans destroy public spaces with food and beverages, however Japanese fans travel abroad bringing cleaning manners with them. During a 2018 World Cup game in Moscow, Japanese football fans were filmed cleaning their trash after several games with blue bags they brought themselves.

When Japan’s team lost their spot in the World Cup to Belgium, they made headlines by returning a spotless locker room only leaving behind a crisp ‘thank you’ note in Russian. This type of cleanliness surprised the world and solidified Japan’s culture of respect.

What can we learn from the Japanese about cleaning? It’s a daily, community responsibility that everyone benefits from.

SWEDEN: Much like the minimalism movement or Mari Kondo’s idea behind declutter, the Swedes have a word, döstädning, meaning “death cleaning” but the approach is much more graceful than its harsh sounding diction. The idea is that people at a certain, older age will begin to clear out long held, unneeded possessions to make the steps after their passing easier on loved ones. Margareta Magnusson, the author of The Gentle Art of Swedish Death Cleaning describes the sweet journey, “It is a delight to go through things and remember their worth.” This art can be a meditative form of preparing and accepting mortality by making a clean surrounding.

For many who read the book, it’s never a bad option to start early. Sorting out personal possessions has been thought to be healthy for the mind. According to Magnusson, “clutter is an unnecessary stress.” University of Arizona marketing professor, Catherine Roster, studied that physical clutter “has a direct negative relationship to one’s sense of well-being, safety, and self-identity in one’s own space.”

Yet the strive for a perfected minimalism doesn’t have the research to back up it’s claim that a junk-free room is a junk-free mind. In fact, decluttering is not for everyone. David H. Freedman, co-author of A Perfect Mess: The Hidden Benefits of Disorder believes that our obsession with antiseptic living spaces comes from “early sitcoms and advertisements,” which are unrealistic expectations for the common busy household. Many have even argued that extreme organizing deters from self-expression, suppresses creativity, and makes us regret unhealthy habits of purging sentimental items.

What can we learn from the Swedes? Material possessions can define our personality and be a psychical reminder of fond memories and to consider cleaning is not only preparing for the present but also understanding ‘things’ will stay long after our departure for our families and loved ones to deal with.

GERMANY: In this method of cleaning called ‘Polterabend’, Polter meaning to create noise and abend meaning night, Germans begin a traditional wedding ceremony by creating a mess the night before. Before the bride and groom are to be wed, family members bring porcelain dishes, the best material for luck, to smash against the ground for the new couple to sweep up with brooms together. It is said that ‘shards bring good luck’ and will make a lasting marriage.

What can we learn from the Germans? Creating a mess is half the fun and cleaning up a mess often requires a loving amount of teamwork.

GUATEMALA: Guatemalans traded spring-cleaning for winter-cleaning to coincide with religious holidays. They celebrate the beginning of the Christmas season on December 7th with a festival called ‘Quema del Diablo’ meaning ‘Burning of the Devil.’ The day’s preparation means cleaning out dusty corners and unused items, like trash or old, broken spring mattresses, where legend says the devil may be hiding. Families turn these discarded items into numerous bonfires with a red devil strapped to the top. This tradition dates back to Catholic colonial times where it symbolized the purification of home and soul. Fortunately, Guatemalan authorities have made great initiative to work with local custom and ask that only paper items, such as newspaper, not plastics or toxic material be burned in the night sky in an effort to protect environmental concerns and quality of air.

What can we learn from the Guatemalans? The phrase “cleanliness is next to godliness” is motivation to keep our areas maintained and our spirit satisfied. Also, it’s a reminder how cleaning methods can affect our environment and health.

IRAN:  In preparation for one of Northern Iran’s and surrounding areas most popular festival, Nowruz, the Persian New Year in March, communities take part in a grand, weeks long cleaning method called “Khane tekani” which literally means “shaking down the house.” Historians say these 11th century customs along with Chinese, ancient Jewish, and orthodox Christian faiths are the beginnings of what we know as ‘spring cleaning.’ The villages are tasked with shampooing Persian rugs, adding fresh paint to walls, and tending to chores that were ignored during winter’s hibernation. Families buy new clothes and fresh tulips to awaken their senses for the start of spring. This now secular holiday has roots in Zoroastrian ideas of good and evil spirits and making way for new things to come.

What can we learn from the Iranians? An annual festival to clean spaces for renewal and fresh ideas is essential to many communities and the smell of flowers can brighten our surroundings.

THAILAND: Songkran, the Southeast Asian New Year which takes place during a sweltering, humid April, is also meant to bring in new comings but with a more exciting approach. The Sanskrit word meaning ‘passing’ or ‘approaching’ is celebrated by Thailand’s famous street water fight where people are doused in water by buckets, super-soakers, or water bottles. It is nearly impossible to stay dry as thousands flock to closed down avenues to take part in a fun ritual of New Year cleansing, dancing, and drinking. But before the streets of Bangkok are filled with drenched tourists, garden hose armed locals, and unshielded street vendors, there’s chores to undertake at home. 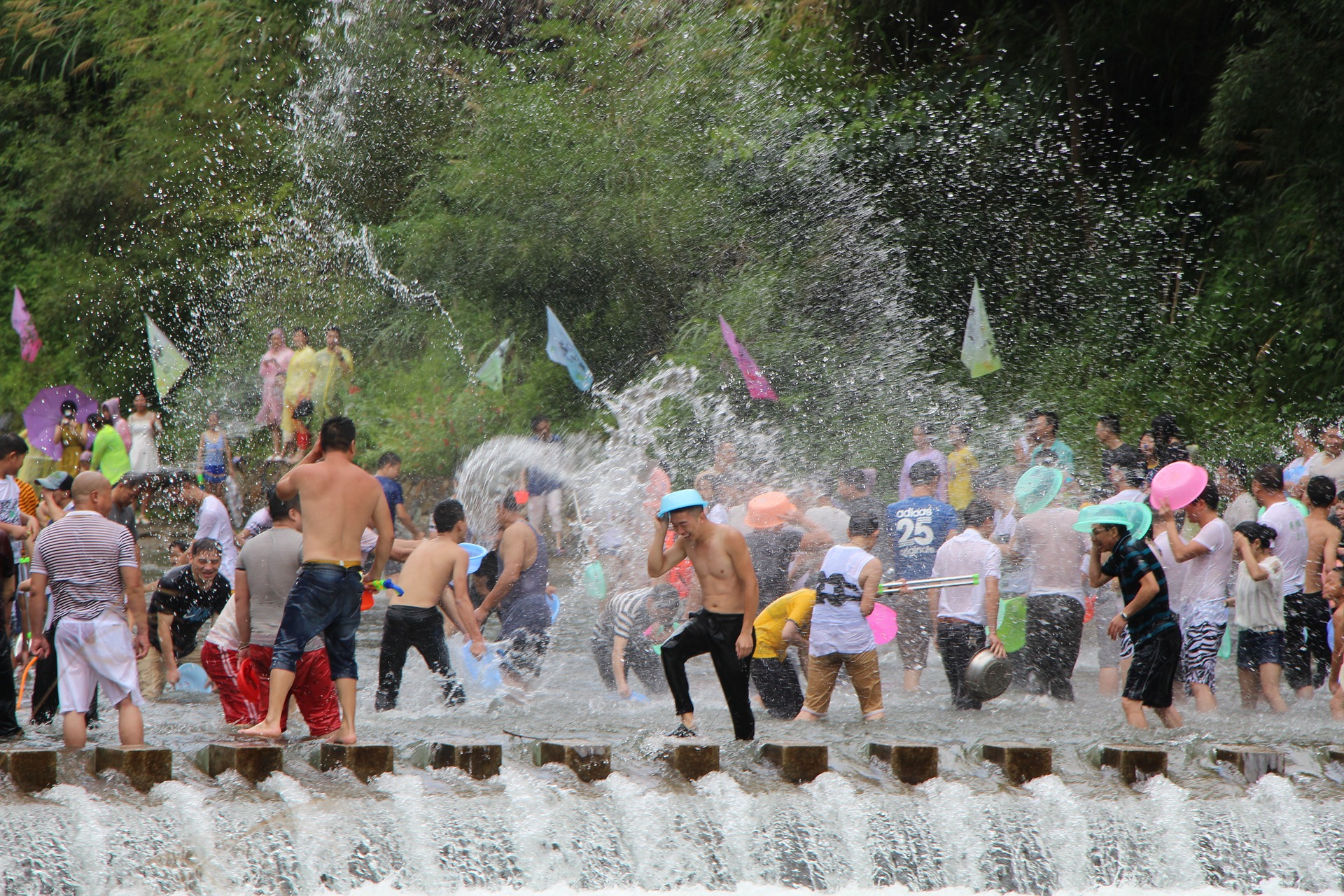 Many take the opportunity to deep clean their home in hopes that it allows for more abundant opportunity in the New Year. This is also the chance for monks and practicing Buddhists to gently cleanse their statues with water and scented Thai fragrance complete with a hands washing ritual to cast away the last year’s sins and bad luck.

This three day long holiday can last for up to a week of festivities. It emphasizes respect for elders and visiting family and temples. Perhaps its all the extra help from relatives visiting home that ignites scrubbed floors and laundered clothes.

What can we learn from the Thais? That cleaning can be a fun celebration with a refreshing reward and plenty of dancing.

CHINA: The Chinese Lunar New Year is celebrated throughout the world in January with red bannered block-party performances,

colorful fireworks, and mesmerizing dragon dancers. It may also be the only holiday that gives strict rules on the dos and don’ts of cleaning. It’s important to rid your home of trash and clutter before the clock strikes midnight to ‘sweep away’ the bad luck from the previous year. However, on the first minute on the first day of the year good luck begins to collect around the home and even in strains of hair. Which is why doing a single dish or washing yourself is postponed until the second day of the year.

Settling out personal monetary debts and borrowed items from neighbors is another faction of the renewal process. This holiday not only asks to clean out the physical space but to make room in social relationships as well.

What can we learn from the Chinese? It’s important to find balance between a clean home and letting luck collect by relaxing just a little.

Throughout the world, cleaning and organizing is essential to mindful living. Cultures actively participate in customary holiday traditions and philosophies whose central tenets begin with a clean space. Renewal, respect, and caring seem to be the emphasis for many of these practices. Whether everyday of the year or designated to certain months, people gather in a community effort to ensure cobwebs and drawer junk from years past don’t make a permanent home. What are some of your family cleaning customs and which can you adopt for generations to come?